There may be some controversy as to which pokie ruled in 2018 for the New Zealand players. For this year, many will agree that Esqueleto Explosivo was at the top of the list for popularity.

What is Esqueleto Explosivo About? 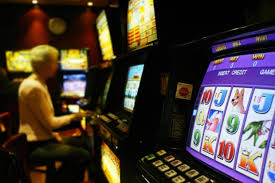 This is one of the most favoured New Zealand pokies, because of all that it has to offer. It is created by the casino software provider Thunderkick. The theme is the Mexican Day of the Dead. It is only comprised of seventeen pay lines on five reels, but it is packed with action. The minimum or maximum wager that can be placed is one coin per line. But the coin size ranges from one cent to one hundred.

It is unusual that a pokie would be popular when it doesn’t have any bonus game to it or a free spin feature. But it does have some other features that make up for this, along with some lucrative wins.

It is these features that make this pokie so popular.